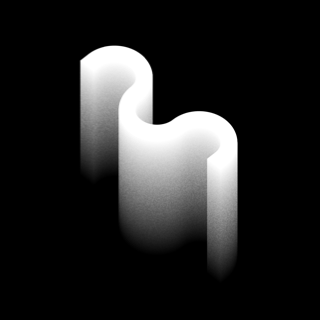 The workshop proposed by PSIHODROM is developed around the production of audio / video shows, with emphasis on techniques of generating video content from sound / music, with the use of a specialized software application called Touchdesigner.

The participants in the workshop will have the opportunity to experiment with this application and discover what happens behind an audio-video show, from concept to execution, and live performance. Elements of the workshop are essential activities that the participants will become familiar with: generating real-time video images, usage of sound in generatign video, using the openGL shader, and designing an audio-video installation. This workshop is for people who want to experiment with the creation of video art installations, audio-video shows or multimedia experiences using existing technology and specialized software applications.

Experience with Python, openGL or C ++ is more than useful due to the features of the Touchdesigner application.

Experience in creating electronic music or video content is good to have, but not essential for this workshop.

The software license is obtained free of charge by registering as a user on the Derivative website, and then issuing a free license from the user license panel.

A three-button mouse with scroll-wheel is required.

Kinect V2 sensor, Korg Volca system or any other electronic music creation tool for those who are passionate.

Eugen (VJ Bürger) is a visual artist from Constanța, graduate of the Faculty of Fine Arts and Design of the Western University of Timisoara, dedicated to graphic design (poster, book), video animation, video and cartographic projections, video installations, with over 10 years of visual identity experience for corporations, advertising and visual art.

He debuted as a video artist (VJ) in 2007 for the rock band Timisoara Implant pentru refuz and acted as the official visual artist their for 10 years.

In 2009, together with the artists Michaela Konrad (illustrator) and Daniel Dorobanțu (video editor and composer), he produced video works for the audiovisual installation ""Memories of Now"", which was exhibited at the Next Comic Festival, part of the Ars Electronica Center in Linz (Austria). The ""Memories of Now"" installation generated another three episodes signed by the same group of artists and was presented as a permanent exhibit in the ""Deep Space"" Hall at Ars Electronica Center Linz until 2014.

In 2014 he started to make regular visual art shows for Escape Kru, a local promoter and event organizer.

In the meantime - together with a group of local artists - he founded ""Psihodrom"", a group for audiovisual art with works at various campaigns, festivals and brand events: Lighting the future through education (2015), Timishort Film Festival (2017), Timișoara Rocks (2016, 2017), Made in TM (2014) and others.

In 2016 VJ Bürger played an active role as part of the TM2021 competition team, offering visual mapping and video projection services for the final presentation of the national competition in which Timisoara was designated the European Capital of Culture for the year 2021.

VJ Bürger continues to expand his techniques, always trying to find new ways to experience different visual and graphic styles such as graphic design in movement, animation, multimedia design, scenography and graphic design. With a considerable portfolio of over 100 clients, over time he collaborated with the ""Csiki Gergely"" Hungarian Theater from Timisoara, Timisoara City Hall, TM2021 Association, ADR Vest, Made in TM and is an active member of the Psihodrom and Escape Underground Hub art groups.

Adrian Marian - as part of PSIHODROM

Adrian (Lemarian) is the co-founder and development director of the Electronic Resistance multimedia design studio from Timisoara, Romania. A computer programmer by training, he expressed interest in the field of visual arts by connecting programming and audio/visual in his projects.
He is a video artist for events organized by various promoters and cultural institutions, of which we mention: anonymousTM, Freenetik, Made in TM, 48H, bipolar, Asociatia Contrasens, live concerts for bands like Implant for Refusal, Blazzaj, B.A.U. and festivals like Embargo Fest, Electroruga or Rock la Mures.
PSIHODROM
The artistic group PSIHODROM was founded in 2014 with the intention of expressing artistic visions in scenography, video art, video mapping and contemporary art installations, and is currently channeled on providing an artistic expression framework to its members, through various collaborative activities, and by collaborating with various teams at festivals and events.
Register